So, this week has been all over the place. I wrote the other day about having the flu. Turns out, not only do I have the flu, but I had flu strains a *and* b. Double whammy. While the flu is gone, the crud in my chest and throat was lowkey trying to morph into full fledged pneumonia.

My doctor said she couldn’t hear the middle or the bottoms of my lungs, because I couldn’t take in a deep enough breath to get there. She loaded me up on all the best that the pharma industry has to offer. I’m finally starting to feel some clearage. Hopefully by Monday.

I went to work on Thursday with my bag of pills and preparations, hoping to get a better response from management. What I got, was worse than before. Our new center sales manager aka CSM (my boss’s boss), told me that he really didn’t care if I could talk well or not, I either took calls or I called out sick and faced the discipline that comes with that.

I thanked him for the condolences, consideration and compassion. I reminded him that my gender dysphoria would make it extremely hard to be misgendered for 8 hours. His response was that he’d been referred to as female on the phone in the past and that it wasn’t a big deal.  This is exactly the same argument used by the aspiring manager a couple months ago. The one that led into a loud verbal dispute in the middle of the office.

I told the CSM that it wasn’t ok and it wasn’t remotely the same. That he had no idea what it was like to be transgender and how you’re constantly having to prove yourself. Nothing productive came from that interaction and so with no other options, I left. Not like my customers would have been able to hear me whispering on the phone anyway.

Enough of that continuing shitshow… I’m sure there’ll be more to come.

Back to important things, I went to my breast augmentation consultation on Wednesday. It was more informative than I expected. If I’m honest, I wasn’t 100% excited prior to getting there. I never really wanted implants. I was hoping that I’d be able to grow boobies the old fashion way. You know, by downing lots of 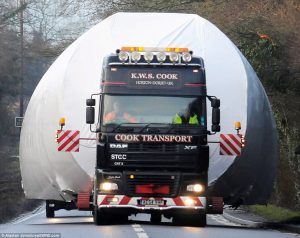 estrogen and progesterone and suppressing my body’s ability to produce testosterone. But that hasn’t been 100% successful. Obviously I have some breast tissue. I can’t go get the mail topless. That said, I’m wearing two bras right now just to get a proportional look on my big ass ribcage and my WIDE LOAD shoulders. Seriously. This is me walking down a hallway. I saw decent growth from probably around the 3rd month and that ran into the next year. When I switched to injections in February, I was sure that they’d start perking up. Especially when they started getting tender and aching. They might have grown a bit. Hard to say looking at the pictures from last year. Again, I thought after GRS that I might see some additional perks from being without testes. While the anti-androgen medication I was using did a good job of suppressing testosterone, it’s not without it’s faults. Who’d blame it, it’s not even labeled for that purpose. It’s a blood pressure medication.

So breast augmentation was seen as a last resort option. It wasn’t like the vaginoplasty where there was no other option. Not doing it wasn’t on the table. Having a BA was something I was hoping to avoid if possible. In any event, I’ve reached the point where I think I’ve plateaued in terms of natural growth. Now it seems the BA is the only logical choice moving forward. I decided to move forward now, while I have good insurance. So that I can kind of cross “transition” off my to-do list and focus on more important things in my life.

Of course, once I was in the exam room and the medical assistant was helping me into the fitting bra, my brain woke up. As we tried different sizes, starting small and moving upward, my excitement peaked. I looked at myself in the mirror and I could finally see myself in a bathing suit without being totally mortified that I lost about 3 cup sizes in the bathroom. Or wearing a strapless dress. Even just going to the gas station at midnight to buy chips and not have to feel like I need to put my bras on first, because society expects a girl my size to not be flat chested…. Also, they expect your nipples to not point in opposite directions like Steve Buscemi’s eyes in Mr. Deeds.

It’s easy to say that you don’t care what strangers think. To proclaim that you have no interest in how they see you, through their own eyes. I’ve said it from time to time, but it’s not a mantra that I can live by. I’m constantly scanning the room looking for anyone that’s looking at me. I live a life where I’m constantly concerned about my voice, what I’m wearing, and how I look in order to blend in with the other women. Having the boobs would take one thing off my list of things to be constantly worried about.

Of course, in order to get the surgery or for insurance to cover it, I have to jump back through the hoops of WPATH once more. As I mentioned prior to my GRS, I had to get two permission slips from mental health professionals to be allowed to take my field trip to the vagina farm. For BA, it’s just one. Which is good, that second opinion cost me something like $300 last time.

However, for someone who considers herself to be well established in her gender, I find it hard to accept that I still have to prove myself just to get covered health care. It’s kind of demoralizing in a way. I mean, jesus fucking christ, I let someone cut off my balls and turn my penis into a functional vagina. If anyone’s committed to the trans life, I think it’s me. No one would go through all the shit I’ve experienced in the last 684 days and not be sure that she needed a boob job. But here I am, forced to go back and talk about my dysphoria pertaining to my (lack of) boobs. About a year ago, I wrote an entry where I said:

See, if you’re a trans person and you want to actually transition, you have to jump through hoops. A lot of hoops. Oh, did I mention that the hoops are on fire?

But whatever, I’ll put my Jordans on and get to jumping. It’s not like I have an option.

(Side note: The title is from the song “High and Dry” by Radiohead, from their 1995 album “The Bends.” It is not a cry for help. Thanks.)