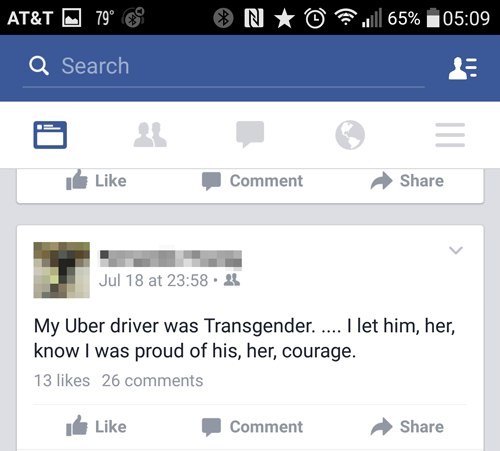 Ok, not really. But kinda.

I wanted to write this last night, but I was just too tired. I eluded to it on Twitter. I couldn’t fit one thought into 140 characters, because I’m at war with brevity. The dude would be so disappointed, man.

I was planning to write a blog post tonight, but got sidetracked doing vocal exercises. I guess that's more important anyway.

But I want to say. I can't recall a time where I was more hopeful for the future. Where I want to be a participant and not a spectator.

The last 7 months have given me pause to appreciate that I can be happy. I can be myself. I can do this and not burn my world down around me

Despite the crying, the moments of panic and helplessness. The one moment where I thought I'd be better off dead. Despite that, it's working

Anyway, the point is that I’ve been really happy with the way things are going right now. That’s not to say that every moment is the most awesome thing in the world, but that it’s a more realistic “life is good” place in life.

My wife and I celebrated our 10 year wedding anniversary this week and into the weekend. We had a lovely time and stayed in the same room at the same bed and breakfast that we spent our first night as “man and wife” in… The irony is not lost on me. We even found in the drawer the guest diary that I wrote in, proclaiming that “time and tide wait for no man, Florida calls.”

We had a very fancy, very expensive, very lackluster dinner at Eddie Merlots and we enjoyed each others company.  All in all, a very good weekend. Megan also bought me a wedding band to replace my old one. This one much more well suited to my presentation.

Honestly, if it weren’t for work, I’d have very little to complain about. Which doesn’t make for very good blogging. You need some drama to keep the readers. Right? I don’t know.

I’m in a good place right now. Everyone is treating me well, I’m making progress. My boobs are growing. My hair is growing. My facial hair is almost gone. Things are good. Now if I could just get my voice tamed, I’d be in business. Even that is coming. I just need to be practicing. Which is hard when you talk on the phone for 8 hours a day. My vocal cords are basically shredded by the time I get off work.