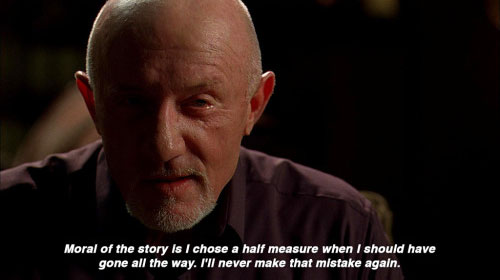 So, a lot has happened in the last few weeks. Big shit poppin’, in the parlance of our time.

Back in May, I had applied for and scheduled surgery with Dr. Marci Bowers to do my gender confirmation surgery. I had picked her out of the half dozen or so doctors that do the procedure because I liked her presence in the community. She has a great reputation for the work she does and so on and so forth. The problem is that with that reputation comes high demand. Specifically, that the earliest date I could get was 2/8/2017. When I heard this, I was extremely disappointed. Especially since I had to give her $1000 upfront as a deposit.

As the months have passed, my situation has changed. As I progress further and further into my transition, my dysphoria regarding my body has increased. The daily mental turmoil of dealing with my genitals has been huge. Waiting another (as of this writing) 451 days, 13 hours and 33 minutes seemed like a prison sentence I couldn’t fathom.

So, I started looking again for different surgeons that might be capable of doing the surgery. Someone that had a good reputation, but without the million day wait. At the same time, I was looking for a surgeon for a friend that did a different type of GCS that’s less common in the states. I had found Dr. Schechter for her, initially.. but when she said they didn’t typically have a waiting list, the gears started turning.

I went ahead and sought out yet another psychologist. Now I have two. Because reasons. Because Insurance. Because WPATH requirements. I setup an appointment with Dr. Kleinman here in Louisville to do an evaluation of my mental status and my readiness for GCS. See, if you’re a trans person and you want to actually transition, you have to jump through hoops. A lot of hoops. Oh, did I mention that the hoops are on fire? So on October 22nd, I met with her and spent a little over an hour explaining my story and life and how gender dysphoria has impacted me. She took a lot of notes, and we scheduled a follow-up for November to review the letter and make sure that it read to my approval.

I setup my own consultation with Dr. Schechter for 11/9. Megan and I went to Chicago this past weekend to meet with him. He was very personable, has a very impressive resume and list of accolades. He said he does about 150 gender confirmation procedures each year, which include both MTF and FTM folks.  He answered my questions and more importantly, Megan’s. I left knowing that, unless something dramatic changes, that he would be my new surgeon. I gave them the letter that I already had from my endocrinologist recommending me for the GCS, as well as my original hormone referral letter from Dr. Morse (my primary psychologist), who was not able to complete a new letter before my appointment, due to a medical issue of her own.

His office will not schedule a date until they have all the letters submitted. Once they have the letters, they will contact my insurance company to pre-authorize the surgery. Only after insurance gives a pre-approval will they lock in a date. I was able to pickup my referral letter from Dr. Kleinman on Thursday and I faxed it to Dr. Schechter’s office.  With the situation with my primary psych, they went ahead and submitted my insurance info. They said it can take up to 30 days, but usually they have something back from them within 2 weeks. Sooooo, if all goes well, I should have a firm date in a couple days. We’re shooting for 3/29/2016.  This date will satisfy my insurance (and WPATH) requirement that I live in my new gender and receive HRT for 1 year. Real Life Experience, they call it.

Between now and then, I am having to take on a new task. Hair removal. On my genitals. Yes, I am (somewhat) willingly letting someone shoot laser beams in my crotch. This is an interesting sensation. It’s not nearly as painful as I expected it to be. The laser on my face hurts much worse. The worst part about this is that it’s not covered by insurance. So it’s a requirement for the surgery. The surgery is covered, but the prerequisites are not? That doesn’t make sense. So yet more money out of pocket. I can’t even apply those costs towards my deductible or my out of pocket max for this surgery.

So I have 4 sessions planned. For that area, it’s recommended to wait 6 weeks between sessions. Having 1 session down, that leaves 3. Six weeks times three sessions, that’s 18 weeks. 135 days between now and 3/29. That’s 19.xx weeks. Cutting it close, but I think it’s doable.

The goal is to have everything planned and in place by the end of 2015. Then all I have to do is lie back and let my crotch be zapped between then and March. How hard can it be?